The Paul Mitchell Neuro Dry Hair Dryer is a remarkable piece of technology. In a market where many hair dryers have a lot of marketing hype but lack the performance to back it up, the Neuro Dry dryer excels expectations. It has its ups and downs and we gave it an overall rating of 3.9 stars. In this guide, we’ll give you the low down on this great hair dryer and tell you what makes it so special. 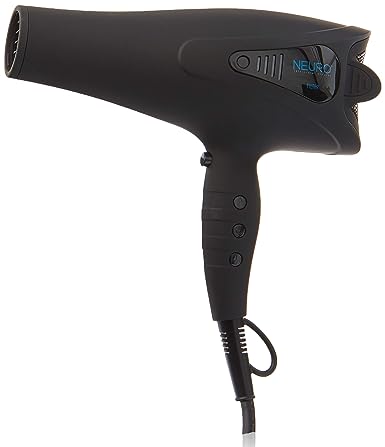 The Neuro Dry High-Performance Dryer dries hair from the inside out, reducing frizz and adding salon-quality shine.

The Paul Mitchell Neuro Dry blow dryer has a lot of great features and many of them make this hair dryer a stand-out dryer. One of the best features of this hair dryer is how powerful it is. It’s an 1875 watt tourmaline blow dryer that has an incredible airspeed. This feature, paired with the tourmaline technology makes drying hair a quick and easy process. Even thick or curly hair gets dried quicker than the average blow dryer.

The SmartSense Clean Filter light is also impressive. This is specially designed to make sure you don’t go too long without cleaning the filter. After 100 hours of use, a microchip inside the hair dryer will turn on the SmartSense light alerting you to clean the filter. Getting to the filter is easier than ever with the easy-open latch on the back of the hair dryer.

The LCD display is very handy. It features the brand name as well as an easy to read speed/temperature indicator. The indicator is from one to four lines, with one line being the lowest speed/temperature and four lines being the highest. It also has the filter light which is really a word instead of a light. When it’s time to change the filter, the word “filter” lights up. Everything on the panel lights up in a beautiful, attractive electric blue color.

Is The Paul Mitchell Neuro Dry Any Good?

As stated before, we gave the blow dryer a rating of 3.9 stars out of five stars. It wasn’t the worst dryer, but there were a few things that kept it from being top of the line. We looked at a few important criteria, rated them all, and came up with an average.

Power is where the Neuro Dry excels. It has a whopping 1875 watts, which just the right amount of power. A good hair dryer needs to have at least 1600 watts and having more than 2000 watts could be considered as overkill. The fact that it has four speed/heat settings means that the power can be tamed which is great for different types of hair. For power, we give the Neuro Dry a 5-star rating.

The blow dryer is powerful yet simple to use. The buttons are simple enough for a child to use. Up and down for power, on and off. Easy. The SmartSense lets you know when the filter needs to be changed, so you don’t even have to worry about that. Without a lot of complicated features, this leaves more time for you to dry your hair instead of wasting it trying to figure out some complicated technology. For ease of use, we give the dryer a 5 star rating.

The Neuro Dry has a power cord with a good length. It’s nine feet long which is great for home users and will suffice for many professionals. Cord length is important to the usability of a hair dryer. If the cord is too short, then you’ll be stuck at the outlet with the hair dryer. This can be alleviated with an extension cord, but that can be annoying and possibly even dangerous. The length of the cord on the Neuro Dry gets 4 stars.

Weight is important when it comes to a hairdryer. If it’s too heavy it will be difficult to use. This is especially important for professionals who have to constantly use hair appliances all day long. The Neuro Dry comes in around two pounds. Sure, this sounds lightweight but it’s actually pretty heavy for a hairdryer. If you have fine or thin hair, then maybe it won’t affect you too much since it will dry that type of hair at the speed of light. However, if you have thick or curly hair, you’re definitely going to feel that two pounds. This caused us to have to rate the weight at 2 stars.

It’s always good to get a product with a decent warranty. The Neuro Dry comes with a one year warranty that can be extended to two years if you register the hair dryer with the manufacturer. Two years is an average warranty and it’s a manufacturer’s warranty so there is nothing spectacular or stand-out about it. We give the warranty a rating of 3.5 stars.

How Does The Neuro Dry Compare? 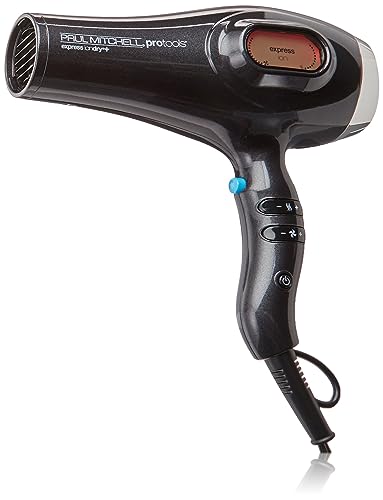 The Express Ion Dry+ lets you blow-dry, blowout, and style your hair like a pro. The advanced technology of the Express Ion Complex™ provides shiny, healthy results while a powerful motor quickly and gently dries hair.

Both hair dryers dry hair quickly using an ionic technology. They might be called different names, but they are both essentially blasting the hair with negatively charged particles that cause water to evaporate faster. Both hair dryers have 1875 watt motors, a nine-foot cord, and a digital LCD panel that displays the heat and speed of the hair dryer. They both also have a filter cover that is easy to open and easily removable filters for cleaning.

The biggest difference between the two hair dryers is that the Neuro Dry combines the four heat/speed settings while the Express Ion Dry has four separate heat and speed settings. There are a few other subtle differences that we’ve outlined below, but based on the information we would recommend the Express Ion over the Neuro Dry, especially since it costs less on average.

Read Reviews Of The Express Ion Dry On Amazon 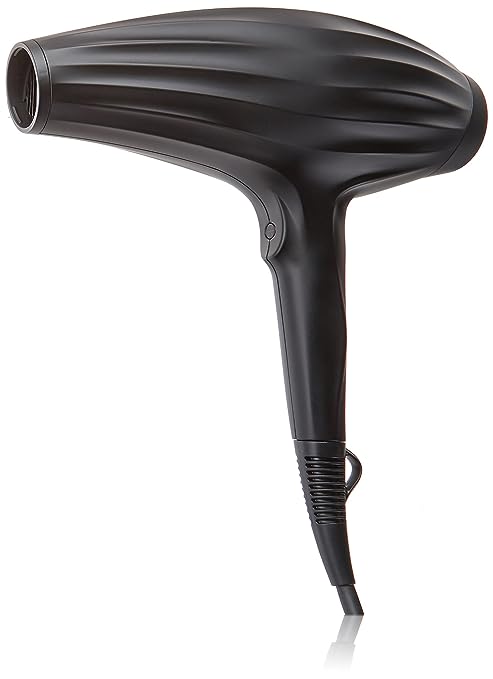 Paul Mitchell Neuro Halo Hair Dryer Check Current Price
We earn a commission if you click this link and make a purchase at no additional cost to you.

When you hear Neuro Halo and you’re thinking soft and sweet like the ring above an angel’s head, think again. Think more about the video game Halo and this will give you a good starting point to imagine this hair dryer. It looks like a handheld weapon straight off of some alien spacecraft. The design of the hair dryer is futuristic with sleek textured sides and a fully interactive touch screen at the top of the hair dryer.

Besides having a new look and a touchscreen display, internally the hair dryer is exactly the same as the Neuro Dry. The only exception is that it has separate heat and airflow settings. The Neuro Halo is the Neuro Dry with an upgraded touchscreen LCD display. Because they are essentially the same hair dryer, we haven’t created a table with any differences (because there aren’t any). The Neuro Halo is significantly more expensive, but you’re basically paying for a touchscreen panel instead of a regular LCD panel. We would recommend sticking with the Neuro Dry and saving money unless touchscreens and futuristic exteriors are just that important to you.

Read Reviews Of The Neuro Halo On Amazon

Paul Mitchell has a habit of taking the exact same hair dryer, adding one feature, and then calling it something else. However, we will say that the one feature they added to the Neuro Motion is pretty cool. It’s a touch-activated hair dryer. When you pick it up, it turns on. When you put it down, it turns off. Does this affect the performance of the hair dryer? Not one single bit. This hair dryer is the regular Neuro Dry. It literally has the same exact same interior, exterior, and features. In fact, it only costs slightly more so if pressing the power button is just too bothersome for you, you can try the Neuro Motion. Otherwise, get the Neuro Dry and keep those extra few dollars in your pocket. Again, there is no need for a difference table because there aren’t any differences.

Read Reviews Of The Neuro Motion On Amazon

Most of Paul Mitchell’s hair dryers are mostly the same. They may have one or two interesting modern technologies which have no effect on the hair dryer’s performance at all. In this sense, it wouldn’t matter which one you pick. For that reason, we recommend the Neuro Dry. Touch screens and motion sensors are all great, but these are some serious working parts that would be annoying to fix. You’ll have way more maintenance than you would with the regular Neuro Dry. In our opinion, save yourself a headache and just get the Neuro Dry.

Hair Dryers For Women – Our 10 Favorites

Dyson Supersonic – An Honest Review Of The $400 Hair Dryer

Best Hot Airbrush for Out Of This World Hairstyles